Vision, Quality, Fads and the Frivolous

When I first started to collect country items (furniture, decorated stoneware, traditional folk art and early nostalgia) were pretty much the only games in town.  Certainly formal antiques were a factor too but they were considerably up market, at least it seems to me now, from country furniture and the related accessories I collect.

It’s perhaps human nature that we continue to be preoccupied about the design of the environments in which we live and work and want to find new ways to incorporate special objects into our lives and have them close to us. Further, we put a monetary value on such items and in a free enterprise society, many people build businesses on the basis of buying and selling these objects. 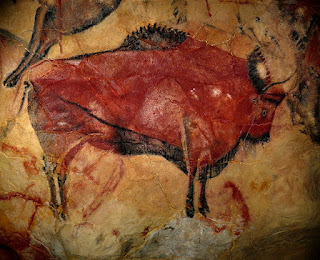 "AltamiraBison" by Rameessos - Own work. Licensed under Public Domain via Wikimedia Commons - https://commons.wikimedia.org/wiki/File:AltamiraBison.jpg#/media/File:AltamiraBison.jpg
If an object or work of art has true quality in its design and form, it will stand the test of time and be recognized as such. However, this isn’t a transition that happens in isolation. It’s a big, messy, often confusing collecting world out there and if you’re in the middle of it, actively participating as a collector or dealer, you’re going to witness the comings and goings of trends, be it a the local antique mall, auctions, flea markets or in the booth next to you at an antique show.

On occasion, it takes a visionary to recognize quality and to take action which is quite often the start of a trend toward collecting a specific set of objects or work by a certain artist or artists.

Edith Halpert (1900 - 1970) was ridiculed when she opened a gallery where she included modern art downstairs, traditional folk art upstairs and counted among her early and longstanding supporters, Abby Aldrich Rockefeller who Halpert assisted in building an impressive collection of folk art. Not only were her folk art offerings deemed unworthy by the majority of collectors but geographically she opened her gallery in a decidedly non-gallery area of New York City – SoHo - the short form of the phrase South of Houston Street.
In their time, the great American industrialist collectors Mellon, Flick, Havemeyer felt the only important thing to collect were the “old masters”. It took visionaries like Gertrude Stein and more importantly her brother, Leo Stein, to recognize and promote the artistic genius of Picasso, Renoir, Cezanne, Matisse and others. But even they avoided artists, George Braque among them, who went on to acclaim. 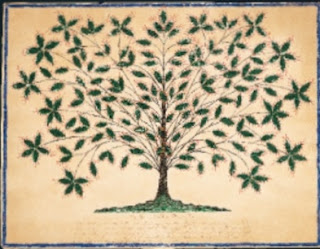 "Hannah Cohoon, Tree of Life or Blazing Tree, 1845" by Hannah Cohoon - made in 1845 - http://www.afanews.com/articles/item/1641-a-cutwork-tree-of-life-in-the-manner-of-hannah-cohoon#.Uy8LfIXJH4A. Licensed under Public Domain via Wikimedia Commons - https://commons.wikimedia.org/wiki/File:Hannah_Cohoon,_Tree_of_Life_or_Blazing_Tree,_1845.jpg#/media/File:Hannah_Cohoon,_Tree_of_Life_or_Blazing_Tree,_1845.jpg

In the 1940’s, the Second World War drove many notable artists out of Paris to the United States thereby effectively transferring the centre of the art world from the “city of light” to the “city that never sleeps”.  Arguably, it has remained there ever since.


When art critic Clement Greenberg (1909 - 1994) coined the phrase “abstract expressionism”, he was describing the work of Jackson Pollack and his contemporaries who rose to prominence in the mid 1940’s and 50’s.

They continued on with much notoriety with the help of art promoter Peggy Guggenheim until the early 1960’s when a strangely wigged commercial artist from Pittsburg, Andy Warhola, his name later shortened by a publishing error to Warhol, began silk screening repeated images of modern cultural items and famous individuals onto canvas and a new movement, Pop Art, began.

Warhol knew, perhaps better than any other artist or gallery owner, the importance of promoting his own work. And he did so with great gusto.

Art has an advantage over antiques in that, as a medium, it is perhaps more broadly accepted albeit not necessarily understood by the public at large. This is do in part to the mass media, who respond to the perennial hype of international auction houses by regularly reporting on the sale of the next Van Gogh or Picasso or similar iconic painting for multi millions of dollars.


Rare is the individual who recognizes the genuine new movement at the time of its creation. In your collecting career, you may not be that individual and that’s fine. What you can be however is a collector who understands as best you can why certain antiques and art are so desirable in whatever category you choose to collect. Avoid fads and the frivolous. Train yourself to recognize quality and be prepared to pay for it. You won’t regret it – ever.