Last night I settled in for the first episode in a new season of the television series - Canadian Pickers. I must admit that I can't resist watching this show, but as a picker / dealer myself, the goings on in the show and what the producers and writers depict, frequently leaves me grinding my teeth.
Last night's premier was no exception. I have to keep reminding myself that as much as the show attempts to portray reality, it's still television!
Part of the problem with the show is that the producers, directors and writers likely know very little about picking and antiques, which is not surprising. Why would they - unless they had one or two antique specialists on staff to provide "technical" expertise? But of course with this series, the technical expertise about picking comes from the two main characters - the pickers. Presumably, they know all the ins and outs.  And while I don't doubt that these chaps know a thing or two about the subject, the show really suffers, in my opinion, from various problems and issues. But of course these are things only pickers and dealers would notice. 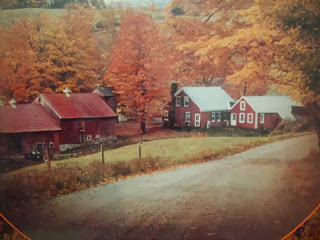 Let me touch on a couple of aspects that irritate me the most.  First and foremost, buying antiques from prearranged visits to antique stores or collections is not "picking" per se.  Picking is arriving at someone's home or business, unannounced and unplanned, and asking about antiques for sale.  This is not an easy thing to do and the real reality of this situation is that as a picker you are turned away at the door likely eight times out of ten.  I've gone all day and been turned away at every single door and not bought a thing.  I know other pickers who have had the same experience - for days on end.  As a good friend of mine and a very successful picker once said to me. "In this business, you're always working for tomorrow."  If you don't like rejection, antique picking is not a profession I would recommend to you.  And of course not buying anything all day does not make for particularly good television. In fact it makes for very poor television because the "picker" shows are based on "buying" not on rejection! So, television producers can't waste their time and money having their hosts turned away all day.  Instead they go to where they know they can find antiques - antique stores!  Arguably, one could call this "shop picking" which is a valid practice in the industry but that's not the way it's portrayed. I also concede the point that antique dealers do sell a lot of items to other dealers. "Dealer trade" is common in the industry. In fact it keeps the industry alive in some of the real slow times.  But to broadcast it as true picking is inaccurate to say the least. 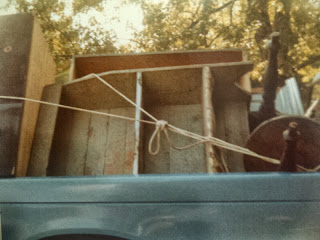 Also, the notion that a picker once into a barn, a shed or an attic would only buy one or two things and leave the rest behind is nonsense.  If one get's into a place where there is lots of material...then that's where you're going to spend the next hour or several hours buying everything of antique value in the place.  You don't leave if you don't have to, until your truck is filled or you've bought everything you possibly can.  I know pickers who have been going back to the same farms and barns for years, slowly and surely buying their way through the whole place.
Years ago, I stopped at one place on a Friday because I could see they were preparing for a yard sale.  The old house was obscured by a new garage so you wouldn't necessarily think there were antiques at this place.  I stayed for well over an hour and bought everything with the exception of a six foot harvest table.  And it's not like I didn't try to buy it too. They wouldn't sell the table to me because it had been promised to a neighbour.  When I left I could barely shut the truck door! I even had small objects on top of the dashboard. That's true reality!  But, again, that's not a reality you can depict on television!
Consider the segment of last night's show where the Pickers buy a piece of decorated stoneware. Yes, it's a very good piece.  Any stoneware that has a cobalt blue bird decoration plus the name of the merchant and location - is a good piece. But the negotiation around price and one or two general comments about stoneware was the entire amount of information that was relayed!  Stoneware is very popular these days. Why? What makes these pieces of stoneware and pottery so collectible and what makes them so valuable?  What do we learn about Canadian history and Canadian communities from these artefacts?  How about an interview during the show with an expert on stoneware.  I can think of several! Just two minutes!  No. The show is too focused on the "find" and the "transaction" which by the way features way too much "grinding" on price.  But of course if you're "picking" in someone else's antique store, you're going to have grind on the price because the owner has a retail price on everything! 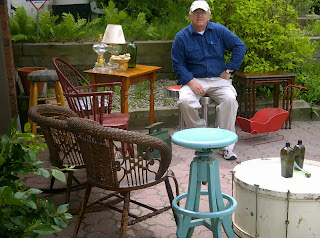 I liked the segment where the pickers are supposedly sent to a place where the owner has objects for sale only to discover that he wants too much money for his antique canoes and Inuit stone carvings. I liked it because there was truth in it. It's easy to find a collector who has a house full of things and hasn't sold an antique in years if at all.  If I walk into a place and discover that the individual is a collector, I know almost automatically I won't be buying anything there that day.  Or, at least, there's a very slim chance I'll be buying.  He's a collector not a seller or a dealer.
In fact, I feel sorry watching these collectors on the show squirm and sweat at the thought of selling something from collections they've spent a lifetime building.  But I know why they're on the show even if it's uncomfortable.  It's because every collector wants to show off their collection.  They want to demonstrate to everyone what they've spend years creating.  And who can resist an opportunity to do that on a specialty television show?
In some cases, their collections are actually museums - and a picker seldom gets to buy from a museum unless some extraordinary event has happened, like closing down, which is not uncommon with small museums!
But of course the show had to set up some sort of tension with their new shop manager who gave the pickers a bum steer toward an individual who doesn't want to sell.  How dramatic! Why not tell it like it is. Have the pickers stop at a collection simply to admire the collection and pass on some information to the viewers.  Have the collector talk briefly about the great buys he or she made!  Have a discussion about the market pricing for certain objects.  Collectors often have a misguided notion of the retail price of objects in their collection. So, call them out on it!
But of course it's not a show about collecting! It's a show about buying and selling!  The only time one is able to buy from a collection is when the collection is about to be dissolved.  That's when you can buy in bulk, for one money, and do some serious business!
On another segment, the pickers casually buy a six foot harvest table for $400 with not so much as a blink of an eye exclaiming they can sell it for $900 back home.  Please! How about some due diligence before the purchase! With tables you have to ensure that the top is original to the base. Is it a scrub top or refinished? Tapered legs are better and typically older than turned legs.  Have the legs been lengthened? How many boards in the top: two is excellent, four or more is undesirable. Is there a drawer? Is it original to the table or added later? I could go on but you get my point.  No one should buy a harvest table or any antique for that matter without examining it carefully beforehand. If someone offered me a six foot harvest table for $400 my first question would be "What's wrong with it?"
I'm as prickly as a pear after watching one of these "reality" television shows and I wander around the house grumbling to the walls and to my wife who patiently puts up with my rants. All that being said, despite their frustrating faults, I'll continue to watch even if doing so prompts more frequent visits to the dentist!